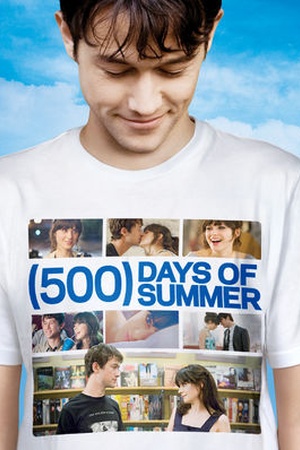 Is (500) Days of Summer on Netflix United States?

Sorry, (500) Days of Summer (2009) isn't available on Netflix United States, but is available in a different country.

A behind-the-scenes documentary exploring the making of Marc Webb's 500 Days of Summer (2009). This is a story of a young man’s no-holds-barred love affair. Tom still believes in the notion of a transforming, cosmically destined, lightning-strikes-once kind of love. Summer, the girl, doesn’t. But that doesn’t stop Tom from going after her, again and again, like a modern Don Quixote. Suddenly, Tom is in love not just with a lovely, witty, intelligent woman but with the very idea of Summer, the very idea of a love that still has the power to shock the heart and stop the world. When his girlfriend dumps him, hopeless romantic Tom begins sifting through the year-plus worth of days they spent together.