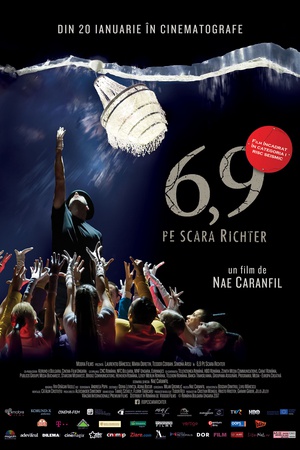 
Is 6.9 on the Richter Scale on Netflix United States?

Sorry, 6.9 on the Richter Scale (2016) isn't available on Netflix United States, but is available in a different country.

A humble Romanian actor in his 30s, hardly surviving between a complicated part in a musical, a depressed wife, and the obsession of an imminent, devastating earthquake, becomes the victim of his manipulative father. Already juggling a gloomy wife, a tough theater role and an obsession with earthquakes, an actor is blindsided by the arrival of his absentee father.