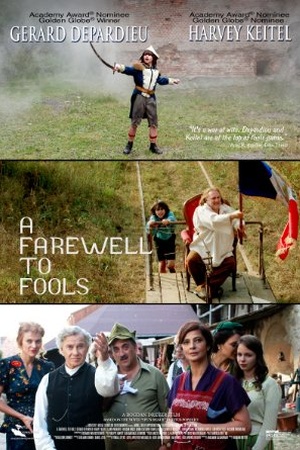 Is A Farewell to Fools on Netflix United States?

Sorry, A Farewell to Fools (2013) isn't available on Netflix United States, but is available in a different country.

In this dark drama set at the end of World War II, a battle-scarred simpleton is coerced into confessing to the crime when a Nazi soldier is murdered. Once upon a time, during World War II, somewhere in Nazi occupied Romania, a night of comic misadventures ensues when a boy discovers a dead soldier.