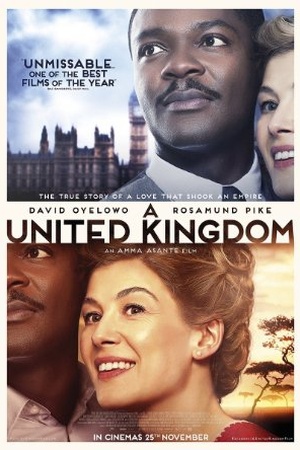 Is A United Kingdom on Netflix United States?

Sorry, A United Kingdom is not yet available on Netflix.

The story of King Seretse Khama of Botswana and how his loving but controversial marriage to a British white woman, Ruth Williams, put his kingdom into political and diplomatic turmoil. David Oyelowo (Selma) and Rosamund Pike (Gone Girl) star in this inspiring true story of the forbidden love between the King of Botswana and a white English woman in the 1940s. When they decided to marry just as apartheid was being introduced into South Africa, it caused an international uproar. But their passionate romance triumphed over every obstacle and changed the course of African history.