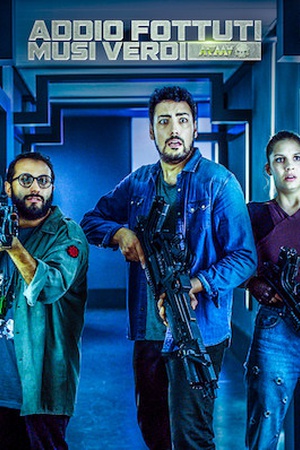 Ciro is a skilled advertising graphic. After various attempts to look for work in Italy, he decides to take part in a contest and inadvertently sends his CV to aliens. A struggling graphic designer sends his resume into space, but when an alien brings him in for an interview, he finds himself in a world of trouble.