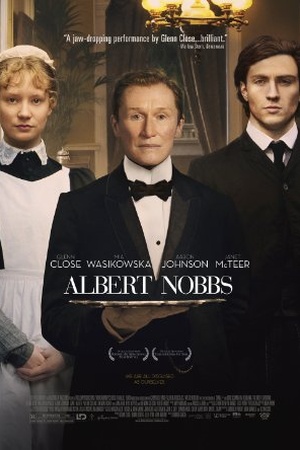 Sorry, Albert Nobbs (2011) isn't available on Netflix United States, but is available in a different country. Still want to view it? click here.

Albert Nobbs struggles to survive in late 19th-century Ireland, where women aren't encouraged to be independent. Posing as a man so she can work as a butler in Dublin's most elegant hotel, Albert meets a handsome painter and looks to escape the lie she has been living. A woman disguised as a man and working in a posh 19th-century hotel reconsiders her charade when a handsome painter arrives on the scene.