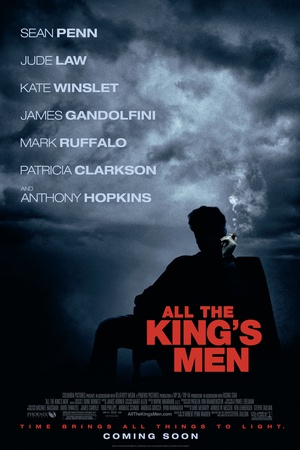 Is All the King's Men on Netflix United States?

Sorry, All the King's Men (2006) isn't available on Netflix United States, but is available in a different country.

Based on the Robert Penn Warren novel. The life of populist Southerner Willie Stark, a political creature loosely based on Governor Huey Long of Louisiana. Sean Penn stars as corrupt Southern politician Willie Stark, a charismatic man who wins the populist vote but is as underhanded as those he smeared.