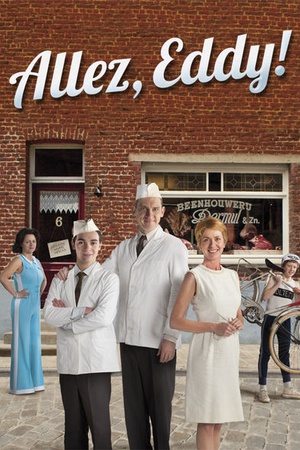 Sorry, Allez, Eddy! (2012) isn't available on Netflix United States, but is available in a different country.

The eleven year old cycling talent Freddy is the son of a butcher in an idyllic village in no man's land. His isolated life is turned upside down completely in 1975 when the first ... A kid with health problems secretly enters a bicycle race sponsored by a new supermarket, even though his father, the local butcher, has forbidden it.