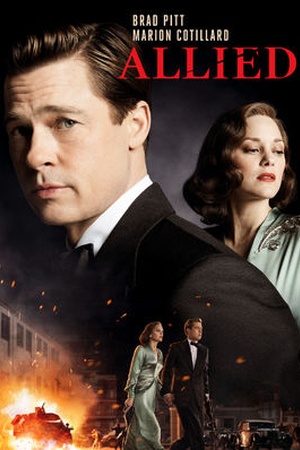 Is Allied on Netflix United States?

Sorry, Allied (2016) isn't available on Netflix United States, but is available in a different country. Still want to view it? click here.

In 1942, a Canadian intelligence officer in North Africa encounters a female French Resistance fighter on a deadly mission behind enemy lines. When they reunite in London, their relationship is tested by the pressures of war. Allied agent Max Vatan falls for a French spy during World War II. When Vatan learns she might be a double agent, he strives to prove her innocence. From the director of Forrest Gump and Cast Away comes the year’s most seductive thriller. When Intelligence Officer Max Vatan (Academy Award® nominee Brad Pitt) learns his wife (Academy Award® winner Marion Cotillard) may be conspiring with the enemy, he has only 72 hours to prove her innocence and save his family before he must do the unthinkable.