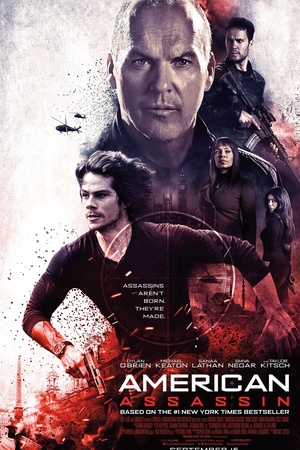 After grad student Mitch Rapp suffers a tragic loss during a terrorist attack, his single-minded thirst for vengeance catches the interest of the CIA. After the death of his girlfriend at the hands of terrorists, Mitch Rapp is drawn into the world of counterterrorism, mentored by tough-as-nails former U.S. Navy S.E.A.L. Stan Hurley. Black ops recruit Mitch Rapp (Dylan O'Brien) is reeling from the death of his fiancée in a terrorist attack when he is assigned to shadowy CIA figure Stan Hurley (Michael Keaton) to receive special training in tracking terrorists. Rapp and Hurley are then dispatched to join a Turkish agent on a mission to stop a mysterious operative from unleashing chaos of international proportions.