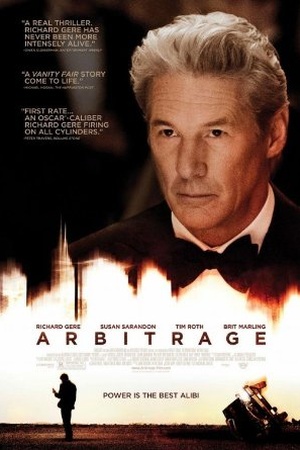 Is Arbitrage on Netflix United States?

Sorry, Arbitrage (2012) isn't available on Netflix United States, but is available in a different country. Still want to view it? click here.

A troubled hedge fund magnate desperate to complete the sale of his trading empire makes an error that forces him to turn to an unlikely person for help. Golden Globe Winner Richard Gere leads an all-star cast in this riveting, suspense-filled thriller about love, loyalty, and high finance. Robert Miller (Gere) is a New York hedge-fund magnate who appears to have it all - money, power, a loving wife (Susan Sarandon), and a devoted daughter (Brit Marling) working by his side. But his fortunes turn when a deadly error threatens to destroy his financial empire and his family. As billionaire Robert struggles to divest his empire before his fraud is discovered, fate takes a nasty turn and he must trust an unlikely source.