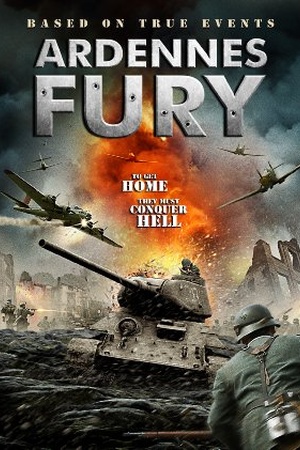 Sorry, Ardennes Fury (2014) isn't available on Netflix United States, but is available in a different country. Still want to view it? click here.

As the Battle of the Bulge rages on, an American tank unit gets trapped behind Nazi lines. With just hours before the bombs of Operation Ardennes Fury fall, the tank's commander makes the risky decision to rescue an orphanage. During World War II's Battle of the Bulge attack, an Allied tank unit gets caught behind Nazi lines and risks their lives to save an orphanage.