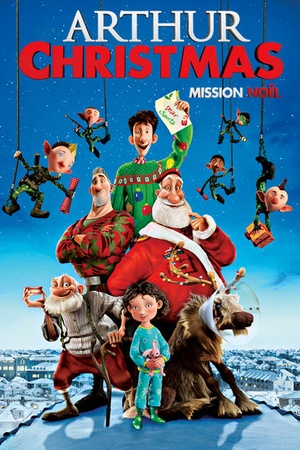 Santa's (Jim Broadbent's) clumsy son Arthur (James McAvoy) sets out on a mission with Grandsanta (Bill Nighy) to give out a present they misplaced to a young girl in less than two hours. Santa and his elite elf team use spy-like stunts to deliver billions of presents to all the world's children in one incredible night. So what does it mean if only one child gets left without a present? Everything! Now it is up to Santa's youngest son Arthur to fix this slip up and make good on the promise of Christmas. With the help of retired Grandsanta and a rebellious young elf, Arthur's on a last-second ride to give the final gift and bring wonder back to the holiday season. Deck the halls with thrills, excitement and fun in this instant Christmas classic! At Santa Claus's super-secret toy-making facility, Mr. Claus entrusts his son, Arthur, to carry out an ultra-important Christmas mission.