‘Friends from College’ is a new comedy coming to Netflix 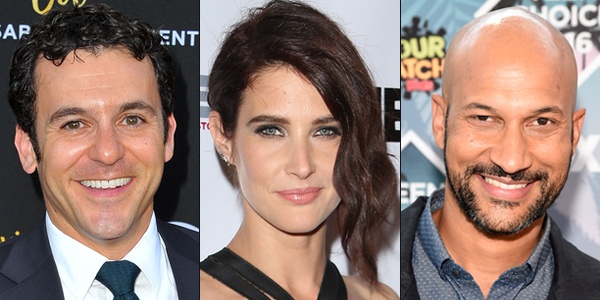 “Friends from College,” a new Netflix original comedy, is scheduled to appear on the live streaming service in July 2017. The eight-episode series has an ensemble cast, including Keegan-Michael Key as Ethan, Cobie Smulders as Lisa, Annie Parisse as Sam, Nat Faxon as Nick, Fred Savage as Max, and Jae Suh Park as Marianne.

The premise of the series is that a group of people went to Harvard together. Years later Ethan and Lisa, who have been married for decades, move from Chicago back to New York and reconnect with their old friends, according to USA Today. Complications ensue, including the development of a friends with benefits relationship between Ethan and Sam.

Besides the theme of infidelity, the show is going to examine subjects such as parenthood, infertility, and career anxiety. But the main theme of the show is how the old friends, who first met as young college students, now regard one another as mature adults on the cusp of their 40s. Many things change in the ensuing decades, but some remain the same. Human weaknesses and nostalgia for the past, when the characters were all young and everything seemed possible, will hopefully add some depth to the comedy. That people in their 40s are often completely different from their early 20s selves is a given.

The friends all have (for the most part) upscale jobs. Ethan is a novelist. Lisa is a lawyer. Sam is a decorator and a married mom with two kids. Nick is a trust fund investment specialist. Max is Ethan’s literary agent whose partner is a fertility doctor. Only Marianne has not done any growing up, refusing to have a career or a family.

“Friends from College” follows a tried and true formula of TV sitcoms that was pioneered by the 1990s series “Friends” that throws together a group of people of similar ages and backgrounds and lets the stories evolve from the characters and their evolving relationships. “How I Met Your Mother,” in which Cobie Smulders appeared as Robin, is another successful example of the formula.

“Friends from College” was created by Nicholas Stoller and Francesca Delbanco, who happen to be Harvard grads about the same age as the characters, so one suspects that the show is at least in part autobiographical.