‘Game Over Man!’ a Netflix comedy spoof of the Die Hard films 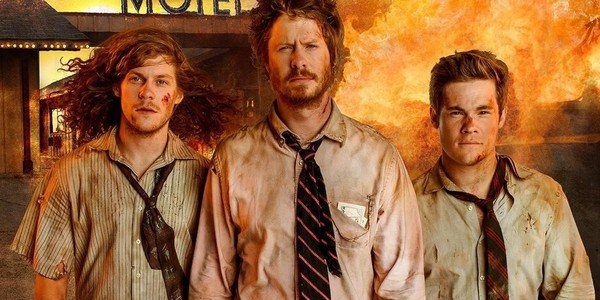 In fact, considering the fact that Bruce Willis as John McClane first faced off against terrorists, led by a German fellow played by a then-unknown Alan Rickman, in the last year of the Reagan presidency, it is somewhat a surprise that no one thought of doing a spoof beforehand. Said spoof, “Game Over Man!” has just had a teaser trailer released in advance of its dropping on Netflix sometime in the future.

The premise of “Game Over Man!” is that three bumbling, stoner hotel workers, played by Adam Devine, Anders Holm, and Blake Anderson have created a video game as a side business. They have gotten a billionaire playboy to finance the project which, at least they think, has every prospect of making them rich and freeing them from their dead-end jobs. Unfortunately, the billionaire gets taken hostage by terrorists. So it is up to our three unlikely heroes to be, in the words of Bruce Willis, the fly in the ointment, the monkey in the wrench, the pain in the ass, in order to save the billionaire and their potential fortunes.

Aside from the synopsis above, the film is a little light on the details. The teaser trailer just has our three heroes wearing white hotel worker uniforms and lighting cigarettes with lighters in the form of guns. Spoofs have every potential of being low-brow silly, using pratfall humor and fart jokes when the material might do with a little satirical touch.

On the other hand, Seth Rogan, known best for “This is the End,” in which Hollywood A-list people make a botch of surviving the end of the world and “The Interview” in which two bunglers interview and then kill Kim Jong-un, is one of the producers. But Rogan is not in the movie, so approach it any way you care to.