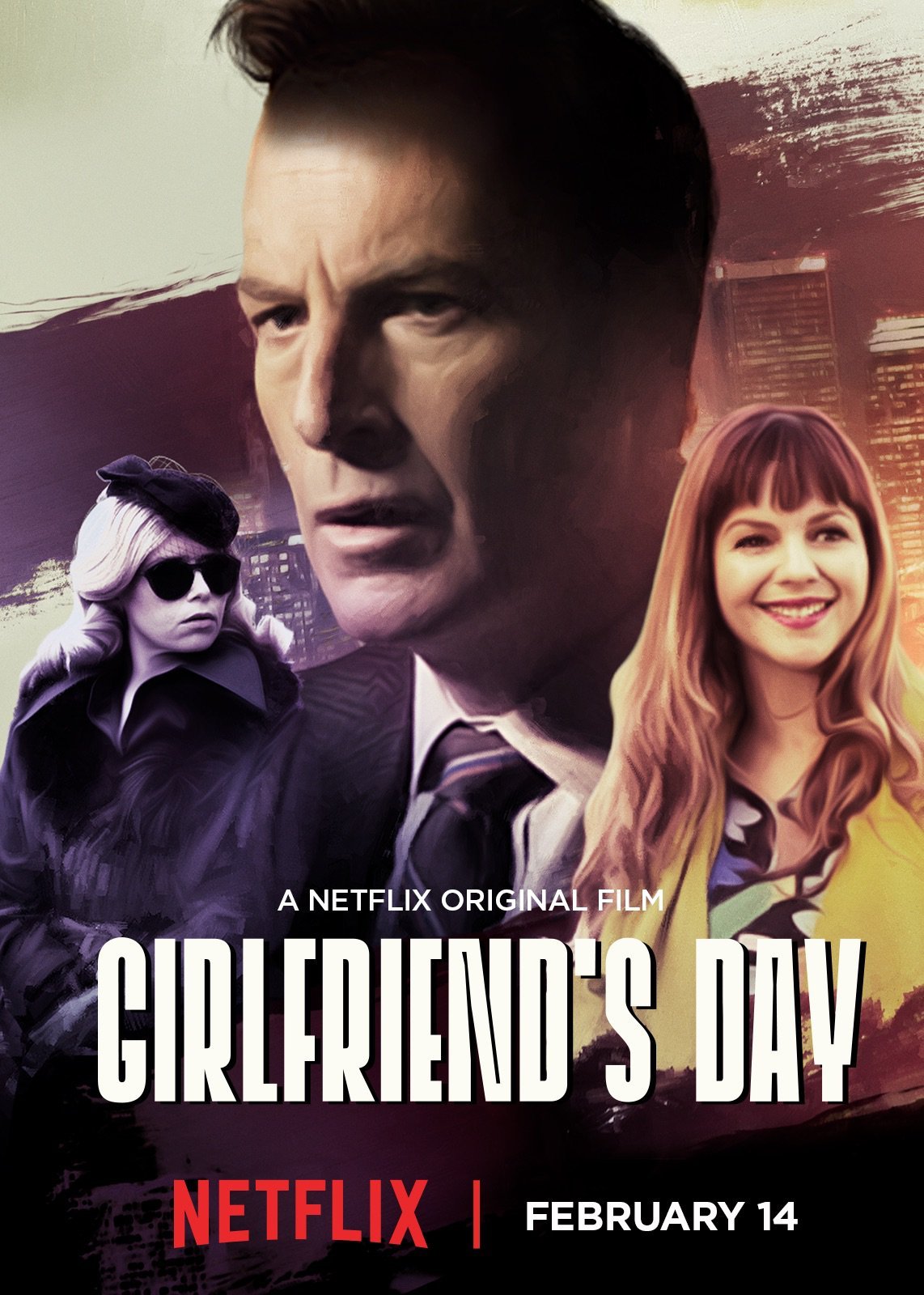 Ordinarily one would not consider the greeting card industry a great subject for a movie, not to speak of a dark comedy. How hard is it to come up with pithy messages to insert in folded pieces of paper stock with a suitable illustration? The only choice that seems to be necessary is to choose humorous or sentimental. However, “Girlfriend’s Day,” a dark satirical look at what goes into making greeting cards and incentivizing millions of people to buy them, now streaming on Netflix, makes a good effort of making entertainment.

According to Mashable, Bob Odenkirk, famous for playing the dubious lawyer Saul Goodman in “Better Call Saul,” plays Ray Wentworth, a greeting card writer who has seen better days. He sees a chance of a comeback when his state proclaims a new holiday, “Girlfriend’s Day/” (Why not “Boyfriend’s Day?” Who knows? It is the McGuffin that causes the people in the movie to act the way they do.)

In any case, Wentworth is hampered by the fact that he is a misanthrope, hardly a quality that is helpful for someone writing sentimental verses about girlfriends. Nevertheless, he has to create the perfect card in order to escape from ending life as a failure. It looks like a little murder and conspiracy are involved. Who knew that the greeting card industry could be that cutthroat?

One of the themes of the film is how sad holidays that require greeting cards can be. If you happen to be without love on a day like Valentine’s Day, as Wentworth is, then how do you celebrate it, not to mention express such a celebration in verse? If you hate the idea of love so much that you purposely avoid it, then the problem is compounded. Why have a special day for love or girlfriends or whatever, anyway, since those things ought to have value for all 365 days of the year? In any case, in Wentworth’s world, greeting cards are a way to make a sad holiday more bearable and not to celebrate something as mundane as joy. "Everybody needs to smile on Valentine's Day, the saddest holiday of the year," he says.

Will Wentworth find some kind of meaning in “Girlfriend’s Day?” Something described as being inspired by film noir does not suggest anything like finding happiness. Perhaps staying alive, however depressing that life is, will have to suffice.