GLOW, a comedy to feature women’s wrestling in the 1980s is coming to Netflix 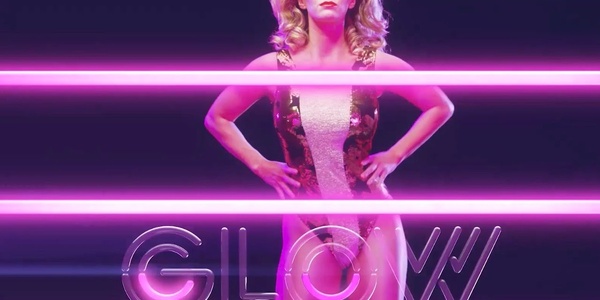 Netflix is getting ready to drop a 10-episode comedy series entitled “GLOW” to debut on June 23. The series is set in the 1980s and features an aspiring actress named Ruth Wilder, played by Alison Brie, who stumbles onto the world of women’s wrestling as a way to pay the bills while in search of “real” acting parts. She finds herself as a cast member of a show that is part reality series, part athletic competition.

GLOW, or the Gorgeous Ladies of Wrestling, was a real series that aired from 1986 until 1990 in Los Vegas and has continued in various forms ever since. The premise was that different performers would play characters with storylines that would be woven into wrestling matches. Most of the women who participated in GLOW were not professional wrestlers but were actresses, dancers, models, and stunt women who were attempting to use the wrestling series as an entry into regular show business. GLOW ran for four seasons of 26 episodes apiece and featured cast changes between each season. Each athlete/character has her own rap theme song.

Since its original run, GLOW has undergone a couple of revivals, In 2012 a live GLOW show occurred in Las Vegas starring some original performers as well as new cast members. In 2014, an event called AfterGLOW, a combination fan party, and reunion, took place in California. A successful documentary entitled “GLOW: The Story of The Gorgeous Ladies of Wrestling” was completed in 2011.

“GLOW” the series has a lot of elements that made the 1980s so memorable, including big hair, spandex and a lot of female empowerment. The trailer shows Ruth, not having a lot of luck getting regular parts, auditioning to be a cast member in the then nascent wrestling series. The process of turning non-athletes into women who can throw one another around in the ring is at once funny and endearing.

By the time GLOW came to television, wrestling as a performance art rather than just straight athletic competition had been around for a while. But shows like those sponsored by the World Wrestling Federation involved huge, sometimes steroid-enhanced male performers who beat each other with chairs, bounced one another off the mat, and propelled themselves across the ring for body slams. Some of the characters were heroes, others villains, with made-up storylines and rivalries. GLOW was the first time that the format involved attractive women, combining in one neat package violence and sex.