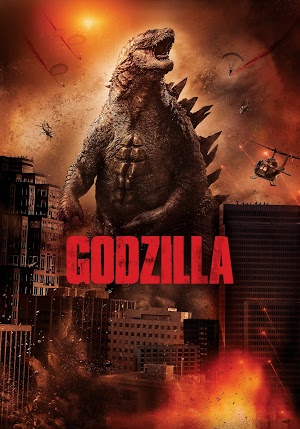 Godzilla, as Screen Rant reminds us, is the longest-running film franchise in history, starting with the 1954 film that first featured the giant reptile emerging from the Pacific to wreak havoc on Japan. The big lizard has stomped through roughly 30 or so movies made on both sides of the Pacific, with at least two more on the way, one of which involves him facing off against King Kong. Godzilla has been in a number of cartoon TV shows as well.

The only question is, why it took so long for Godzilla to go to anime, that particular Japanese method of animation storytelling. The anime version of “Godzilla,” to be entitled simply “Godzilla,” will be produced by Toho, the big reptile’s home studio in Japan, with animation being done by anime studio Polygon Pictures. The movie is due to be released in Japan at a date yet to be determined and then streamed worldwide on Netflix after its theatrical run.

The original Godzilla was meant to be a metaphor for nuclear weapons, a subject of some relevance in Japan, being the only place where such devices were used in anger. The monster was supposed to have been a prehistoric beast awakened by nuclear tests and endowed with powers from exposure to radiation, particularly its “atomic breath” that it used to destroy buildings as well as military weapons platforms sent to kill it.

Godzilla appealed to Japanese audiences in part because it moved in a slow, lumbering gait and attacked merely out of self-preservation and anger rather than malice. The underlying message of the movies is that science can sometimes have very destructive side effects.

Godzilla was traditionally depicted by a man wearing a latex suit, stomping about a miniature set of a city that it busily destroyed. Some versions used animatronics. Later movies, especially the 1998 Roland Emmerich version, used computer-generated graphics to render the monster.

Besides the Japanese Defense Forces, Godzilla has faced off against other giant monsters and was sometimes depicted as less of a threat to people and more their defender. Indeed, to encourage tourism, Godzilla was recently named a cultural ambassador for the Shinjuku Ward of Tokyo, ironic because the giant reptile destroyed that neighborhood in three of the movies in which it appeared.

Kobun Shizuno and Hiroyuki Seshita will direct the anime “Godzilla.” The voice cast includes Yuki Kaji, Tomokazu Sugita, and Kana Hanazawa. The movie should be available around the world on Netflix by the end of 2017.