‘The Last Czars’ to be developed by Netflix 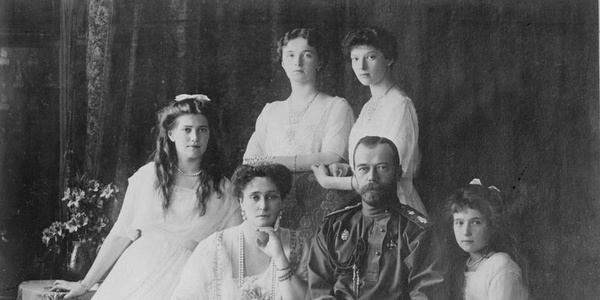 Deadline Hollywood is reporting that Netflix has acquired a new docuseries from Nutopia to be entitled “The Last Czars.” The docuseries, which will combine documentary film with dramatic reenactments, will chronicle the fall of the Romanov dynasty 100 years ago. The series is expected to become available sometime in 2018.

The fall of the Romanov dynasty, which had ruled Russia with an iron hand since the early 1600s, was an epochal event in human history. Under the royal family, Russia expanded east into Siberia, south into Central Asia, and west into Poland and Finland so that, by the beginning of the 20th century it was the largest country in terms of land mass on the planet.

The last Czar of all the Russias, Nicholas II, ascended to the throne in 1894 upon the death of his father Alexander III of kidney disease at the age of 49. Nicholas, at 26, was a weak, vacillating man who was not ready for the weighty responsibilities of royalty. He was also unfortunate to ascend to the throne during a time of political change and social unrest, brought on by industrialization and the desire of many Russians for more freedom. Nicholas was indecisive, at times encouraging the idea of a constitutional monarchy, while at other times clamping down as an autocrat in the traditional Russian style.

Nicholas was also unlucky because his son and heir, Alexi, suffered from hemophilia, a potentially fatal disease. The peril that the young lad continued to face caused Nicholas’ wife, the Czarina Alexandria, to fall under the malign influence of a charismatic cleric named Rasputin, causing a scandal and eroding the credibility of the monarchy.

Czar Nicholas also involved Russia in two disastrous wars, one against Japan in 1904-05 and the other the First World War which he entered on the side of the allies. Russia lost the Russo-Japanese War, resulting in a revolution in 1905 that had to be put down with military force in an abortive attempt to create a constitutional monarchy.

Russia’s involvement in World War One resulted in horrendous casualties and numerous defeats inflicted on the Russian Army at the hands of Germany. By the beginning of 1917, Russia was near collapse. Nicholas was obliged to abdicate, handing the governance of Russia first to a democratic regime and then, after the Bolshevik Revolution of November 1917, a Communist government under Vladimir Illyich Lenin. Nicholas and his entire family and four servants were shot on July 17, 1918.

The story of the fall of the Romanovs was previously depicted in the 1971 film Nicholas and Alexandra, starring Michael Jayston and Janet Suzman.