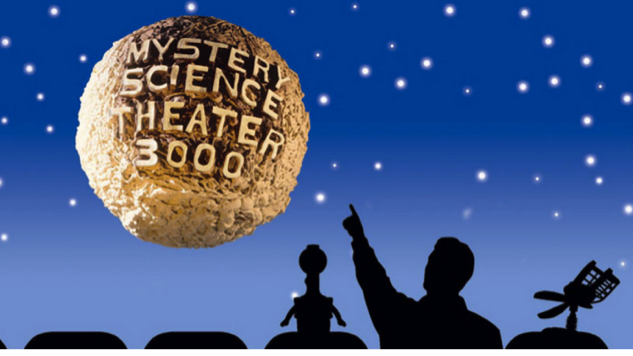 One of the more anticipated new shows to come to Netflix will be a reboot of “Mystery Science Theater 3000,” due to drop on the streaming network on April 14. 2017. The revival of the series was made possible by a Kickstarter campaign launched in 2015, according to Ars Technica, which raised $6.3 million. It has been 18 years since the original series was canceled.

The premise of the original series, as well as the reboot, is that a hapless human has been held hostage on a spaceship dubbed the “Satellite of Love” where he is forced to watch shlocky science fiction, fantasy, and horror movies in the company of a trio of robot companions. The comedy came from the snide comments the unwilling audience made about the classic films. The series played on KTMA in Minneapolis. Minnesota, Comedy Central, and the SyFy Channel. The show spawned a feature film in which our heroes were forced to watch the 1950s alien abduction movie “This Island Earth.”

The series did not enjoy a great audience in its original run, but its popularity grew by word of mouth on the Internet, and it currently has a cult following. The reaction of the people whose movies were mocked on MST3K was mixed with some incensed, but others taking the ribbing with good humor. Joe Don Baker, whose 1970s rogue cop movie ‘Mitchell” got the MST3K treatment jokingly threatened to beat up the writers. But “Batman’s” Adam West and “This Island Earth’s” Rex Reason appreciated the skewering their films got, with West hosting a show marathon and Reason showing up at several live events.

The new series will follow the same format as the old one, with Felicia Day and Patton Oswalt appearing as series regulars and Jonah Ray starring as the show’s host. Promised guest stars will include Jack Black, Joel McHale, Jerry Seinfeld, and ‘Star Wars’’ Mark Hamill. Some of the writers and actors from the old show will be showing up, either as behind-the-camera talent or with guest appearances of their own. As an added note, Adam Savage of “Mythbusters” fame will do the show’s special effects.

No word has been released about what movies have been selected for the MST3K treatment, except that the number has been narrowed down to 20. The films, with one exception, will be of more recent vintage than the ones that were mocked on the original series. The first season will comprise 14 episodes.