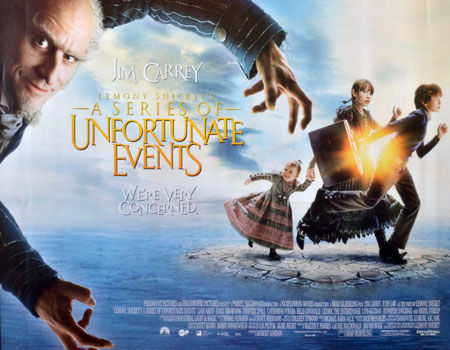 Neil Patrick Harris is best known for his charming, impish characters on TV, such as the title character of “Doogie Howser MD” and the bed-hopping, irascible Barney on “How I Met Your Mother.” So, he is hardly being typecast as the creepy Count Orlof in the eight-episode limited series “Lemony Snicket’s A Series of Unfortunate Events” based on the series of darkly comedic children’s novels to run on Netflix. The story has been on the big screen with Jim Carey in the role of the villain. The sequel fell through when the child actors playing the orphans upon whom the series of unfortunate events are inflicted grew too old for the roles. Putting the novels to streaming TV allows the viewer to explore the story of the three unfortunate Baudelaire orphans more fully.

The Baudelaire kids are Violet, Klaus, and the infant Sunny. They are cast out into a cruel, phantasmagorical world when their parents die. They are due to get a large inheritance once Violet turns 18, but that happy birthday is four years away. In the meantime, they have to survive, find out what caused the deaths of their parents, and keep out of the clutches of Count Orlof. Orlof’s evil plan is to grab the inheritance by marrying Violet (even at her tender age), kill Sunny, and in the meantime, keep them separated from any sympathetic adults who might give them help. Throughout the series, Lemony Snicket himself appears to provide running commentary and make wry remarks about the limitations of streaming television.

So how does Neil Patrick Harris do in a role that is as different from a teenage doctor and a lothario lawyer as one can get? The answer, based on the trailer, is that he approaches the role with a kind of hammy panache that suggests that Orlof is not only evil because he thinks there’s money in it, but because it is fun. When he has the Baudelaires in his clutches he torments them by setting them to a number of disgusting chores. When the orphans escape, Count Orlof pursues them with a single-minded zest and a number of disguises of varying effectiveness.

The first season takes up the first four books, which propel the unfortunate Baudelaire orphans from one perilous situation to another. The themes of the dangers of childhood and the cluelessness of adults come to the small screen intact. “Lemony Snicket’s A Series of Unfortunate Events” arrives on Netflix in January 2017.