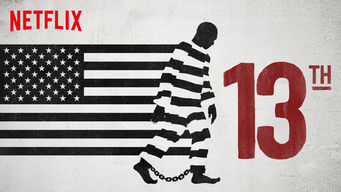 Netflix has announced that “13th,” the Oscar-nominated documentary now streaming in the network, will be made available to schools, community groups, and book clubs for free, according to Cnet. The film has to be accessed by a Netflix subscriber, and no admissions or donations should be sold or solicited at the screenings.

The title of the documentary, directed by Ava DuVernay, is derived from the 13th Amendment that was passed in the wake of the Civil War, abolishing the practice of slavery. The premise of the documentary is that the modern prison system, which incarcerates minority offenders disproportionately to the general population, constitutes a new form of slavery. Many prisoners are compelled to participate in work details and are paid a pittance.

According to Fortune Magazine, the idea of prisons as modern slavery is not, technically, accurate. The 13th Amendment has a clause in it that allows for involuntary servitude for people who have been convicted of a crime.

The arguments about the mass incarceration of primarily black men is something that has arisen in the wake of the Black Lives Matter movement and calls for prison reform. The expansion of the prison population from 200,000 to 2 million in the past 45 years has been a result of various tough-on-crime policies, ranging from the War on Drugs started by President Richard Nixon and the “Three strikes; you’re out” laws passed under President Bill Clinton. The policies were enacted as a response to a perceived explosion of violent crime. The passage of “three strikes” laws did see a sharp decline in violent crime, the theory being that repeat offenders would be locked away where they could not do harm to innocents.

However, a study cited by the American Bar Association claims that the decline in violent crime would have happened anyway whether or not “three strikes” laws had been passed or not. Crime decreased at the same rate in states where “three strikes” laws were not passed as in those where they were enacted.

Nevertheless, the notion advanced by “13” that mass incarceration is driven by a desire by corporations for cheap, involuntary labor may be debatable at best. The argument, advanced by the movie, that America is still a country as steeped in racism as it was during Jim Crow, is certainly eyebrow-raising, considering that a black president would not likely have been elected in the 1950s and early 1960s.

Still, it looks like the views expressed in “13th” are widely held and have to be considered as the debate on race, incarceration, and how America sees itself as a society continues.