Netflix is getting into the comic book business 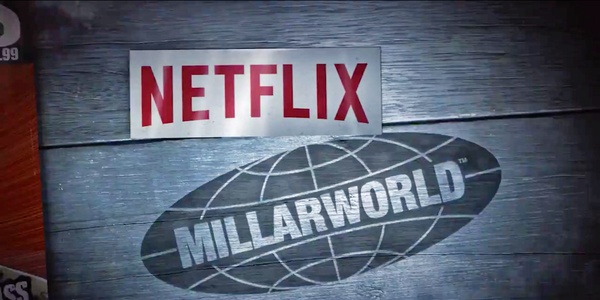 Engadget reports that Netflix has recently purchased Millarworld, a comic book publishing company most famous for such graphic novel series as “Kick Ass” and “Kingsmen,” both of which have become successful movie franchises. Millarworld is run by Mark Millar, who, having struck out on his own with his own comic book publishing company in 2004, used to work for Marvel.

Netflix’s strategy is not just to expand its media footprint onto the printed page, since comic books are notoriously low volume, with thin profits compared to movies and TV shows. The live streaming service is going to let Millar, who has become a big success selling comic books to the big screen, develop storylines, test them out with comic book fans, and then have them adapted by Netflix once they develop a fan base.

By acquiring Millarworld, Netflix has also gotten the rights to a number of existing stories, “Kick Ass” and “Kingsmen” aside, which have already been spoken for. Millar is hard at work developing a number of new comic book series with an eye toward having them adapted by Netflix. First out the gate is a story called “The Magic Order.”

“The Magic Order” is a dark fantasy series based on the premise that five families of magicians exist to defend the world against monsters and other magical threats. They live among us, apparently ordinary people with mundane jobs. However they are the reason that the world has not been plunged into darkness from magical evil. The problem is that some unknown enemy is starting to pick off the secret magicians one by one. The idea is to publish a six-issue series, with the first coming out in the spring of 2018. The comic books will be available both in print and digital format. The idea is that if the series gets sufficient interest, Netflix will develop them as a series of movies or a TV show.

Marvel and DC have already pioneered the model of the unified media company, publishing both comic books and TV and films based on them. Both more established companies have proven that arrangement to be highly lucrative, with movies based on some of the more popular characters such as “Wonder Woman” and “The Avengers” regularly turning a profit in the hundreds of millions. Netflix is attempting to replicate that model, adapted to its live streaming service. If it is successful, look for more comic book publishers and movie and TV production companies to start merging.