Netflix getting reboot of ‘Queer Eye for the Straight Guy’ 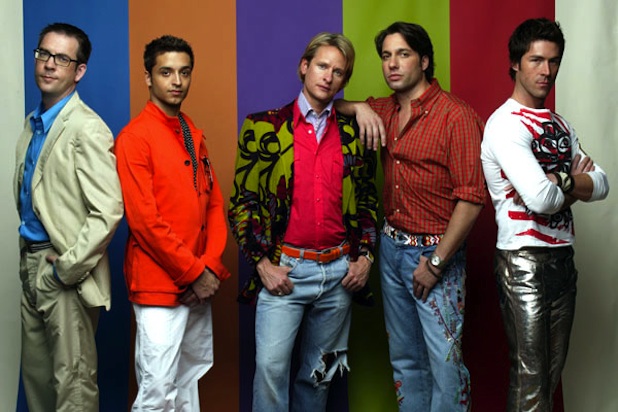 Netflix is bringing back the old Bravo series “Queer Eye for the Straight Guy.” The new show begins filming in the spring for an eight-episode first season.

The conceit of the original, as well as the rebooted series, was that five gay men, each of them an expert in a different field such as fashion, food, and culture, would do a makeover for a straight man who was inept in all of those areas. While the original series took place in New York, it looks like the new series, according to CNN Money, will move "from the Big Apple to turn the red states pink.”

The idea of five gay men (it is unclear whether they will be from New York like the original Fab Five or Red State locals) helping out hapless straight guys in places like Dallas and Des Moines is a beguiling one, to say the least. The show is being brought back at a time in which America is divided politically and culturally as never before. The potential for exacerbating that divide with stereotyping is a real possibility. However, if the concept is approached with tact and sensitivity, the revived series might serve a greater purpose besides reality show entertainment. While the original show was praised by depicting LGBT people living and working outside an isolated gay universe, the environment of conservative red states could be an eye opener in many unexpected ways.

The news of the show’s comeback is not universally praised, however. Writing for NPR, Glen Weldon has one piece of advice for the idea of bringing back “Queer Eye for the Straight Guy,” which is “don’t.” He suggests that the original show reinforced certain stereotypes of gay men that can be off-putting. On the other hand, what can be bad about gay men helping a straight brother become more in touch with fashion, cooking, wine, and high culture? In these acrimonious times the revived show might bring people together more than it could drive them apart.

In any case, controversy sells too, one supposes.

The new show will cast a new “fab five” even though the originals may play a role in some way. The original series aired from 2003 to 2007, winning an Emmy in 2004. Some of the original cast have gone on the greater things. Ted Allen on the Food Network and Carson Kressley on “The New Celebrity Apprentice.” No word exists yet as to when the new series will drop on Netflix.