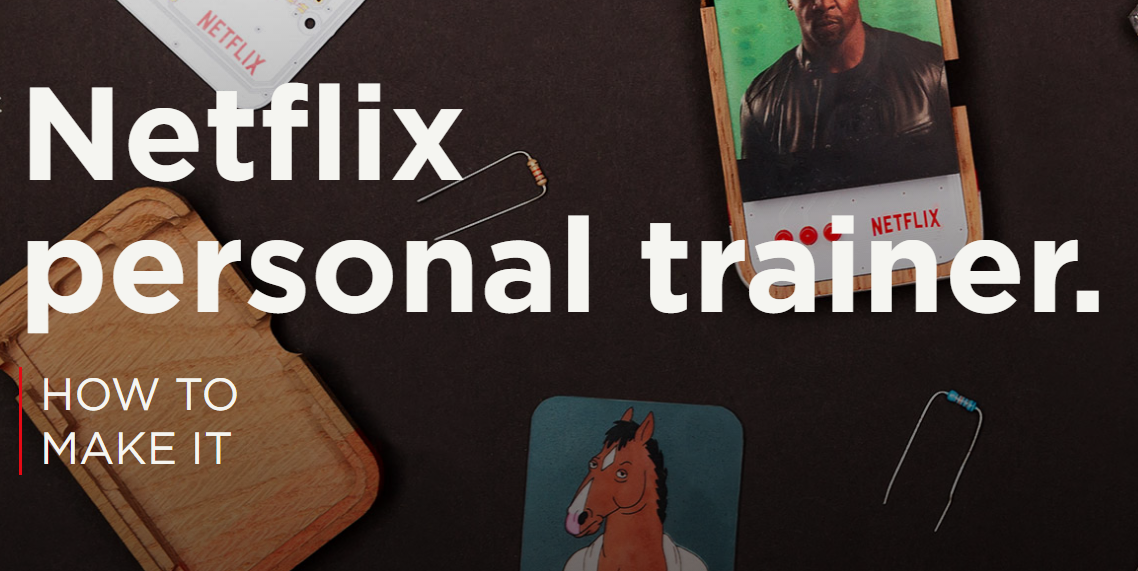 Netflix has revolutionized how people watch television with its streaming of a wide variety of entertainment options. But the Netflix experience has been much like any other way to watch tv, lolling on the couch, binge-watching your favorite series. At least that has been the case until now.

Modern technology has allowed the television watching experience to be interactive as never before. Netflix has just provided an instruction manual to build what is, in effect, a Netflix Personal Trainer. Some assembly is required, and you will need to use a soldering gun to put it together.

Primarily the personal trainer connects your Netflix to your smartphone or tablet via a Bluetooth connection. It uses an accelerometer to measure the level of your activity. You will be able to set the desired level of activity that you need to sustain.

The idea is that instead of lolling on the couch while binge watching, you will get to a treadmill or stationary bike and start your workout while watching. The trick is that if you start to slack off or slow down your show will pause, and your favorite Netflix character will appear to offer words of encouragement. The show will not start up again until you do.

For someone who doesn’t want to go to a gym and spring for a live personal trainer, this device is ideal. All you have to do is get on your home bike or treadmill, mount the phone or tablet so you can watch, start the program, and get moving. Imagine someone like Terry Crews coming on and telling you to pick up the pace. You will very likely get moving again upon hearing that voice.

The necessity to assemble the device will be a deal breaker for some. But you can either get a friend who is more comfortable working with electronics or wait until someone offers an off-the-shelf version of the system, no assembly required.

You can think of all sorts of enhancements this device can undergo. Someone, sooner than later, will think of hooking this system up to a virtual reality headset. Then Terry Crews (or maybe Frank Underwood, which is a scary, though) will show up to offer motivation in the VR world. The video streaming tech revolution is just beginning, and imagination is the only limit.