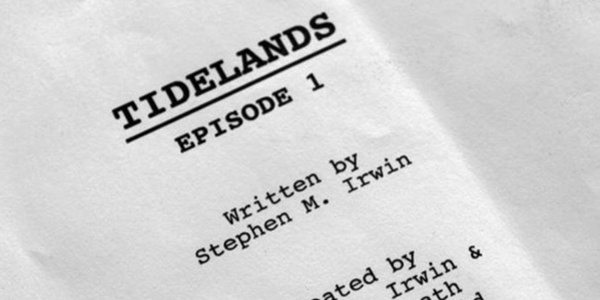 Deadline reported that Netflix has ordered a new Australian supernatural crime drama, to be called “Tidelands.” The premise is that a former criminal returns to her home in a small fishing village called Orphelin Bay in the Australian state of Queensland. When a body of a local fisherman washes ashore on a nearby beach, the main character has to delve into the mysteries of the town, which is inhabited, as it turns out, by half-human/half-siren creatures called “Tidelanders.”

Sirens are creatures from Greek mythology who were said to reside on rocky shores and attracted sailors to their deaths with their enchanted singing. Odysseus, the hero of the Iliad and the Odyssey, encountered a group of sirens in his travels. He has his sailors plug their ears with wax to avoid being drawn by their singing, but has himself lashed to the mast of his ship so that he can hear the singing without harm. In some versions of the myths, sirens mated with human sailors and bore children. How sirens came to leave their traditional home in the Aegean to travel to the east coast of Australia would certainly make for an interesting backstory.

The first season of “Tidelanders” will have 10 episodes. It will be shot in Queensland, located in the northeast of Australia, known for its primeval landscapes. No news has been released about a cast or even other characters besides the former criminal.

Besides expanding content production to Australia for its picturesque landscapes and access to its thriving film and television talent, Netflix is responding to an initiative in the Australian government to apply local content quotas for streaming services. The company is taking the initiative to expand its content production to Australia even before the government mandates it.

In any case, Netflix is mounting a world-wide strategy to pick up local content from a variety of countries, including Germany, France, and Israel, among others, and making it available to its audience. Mostly these shows are already locally produced and can be picked up relatively cheaply, Netflix will be investing heavily in Australia to produce its own content, such as “Tidelands.”

“Tidelands” will be produced by Hoodlum Entertainment and has been co-created by Stephen Irwin, most famous for the Australian version of “Secrets and Lies.” Irwin will write all ten episodes of the series. It will be executive produced by Tracey Robertson, Nathan Mayfield, and Leigh McGrath.