Netflix’s ‘The Death and Life of Marsha P. Johnson’ examines the death of an LGBT icon 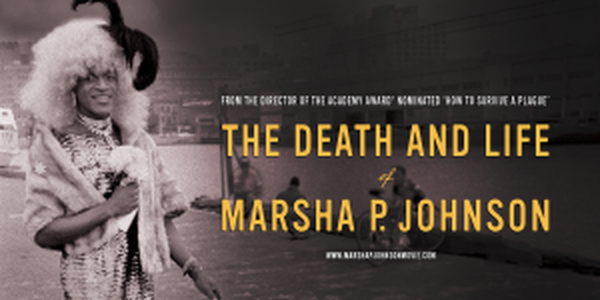 According to People Magazine, the latest true crime documentary to hit Netflix is called “The Death and Life of Marsha P. Johnson.” The film, co-written and directed by Oscar France, follows Victoria Cruz, associated with New York City’s Anti-Violence Project, as she reexamines that 25 year-old case.

The known facts of Marsha Johnson’s death are a mystery.  On June 30, 1992, shortly after New York City’s Gay Pride March, Johnson went missing. She was later found floating face down in the Hudson River. Initially the death was ruled a suicide. However, the back of Johnson’s head bore a massive wound. Some witnesses reported that she was harassed by a “gang of thugs.” Another reported that Johnson was in a physical altercation with a man who later boasted of killing a drag queen named “Marsha.” The New York City Police Department finally reopened the case as a possible homicide in 2012.

Johnson was born Malcom Michaels in 1945. She started identifying as a woman from an early age. Her coming out to her mother in the early 1960s did not go well. She worked at a restaurant for a while and lived on the streets during the late 1960s and made money as a sex worker.

In a way, Johnson’s life was a microcosm of the early gay rights movement. She was a participant in the 1969 Stonewall Riots, considered the very start of LGBT activism. In the 1970s she helped to establish S.T.A.R. House, a homeless shelter for LGBT youth. The enterprise was short lived, but proved to be a model for other endeavors. During the 1980s, as the AIDS crisis started, Johnson became an active member of ACT-UP.

Johnson was photographed by Andy Warhol and was a member of an LGBT troupe known as the Hot Peaches.

Johnson’s gender identity got her into constant trouble, especially when she visited her childhood home in New Jersey, where she was obliged to dress as a man. Her mental health was not the best and she was said to have a volatile personality. The list of gay bars and clubs from which Johnson was banned was a long one.

Johnson is said to be the inspiration for drag queen and TV personality RuPaul and is considered a pioneer of biological men who dressed and identified as women.

“The Death and Life of Marsha P. Johnson” drops on Netlflix on October 9.