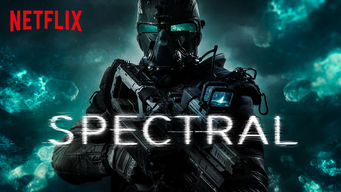 “Spectral,” which recently was released on Netflix, has been described as “Blackhawk Down” meets “Ghostbusters,” according to Thrillist. However, the movie might also have been inspired by “Predator,” the 1980s Arnold Schwarzenegger that pitted a team of contemporary commandos against an unseen and all-powerful enemy.

The movie begins with a lone soldier moving through a war-wrecked urban scape, being ambushed by a floating, unseen enemy and unceremoniously killed. The attack, which takes place in a near-future Moldavia, an obscure East European county, presents a problem. Apparently the country is the venue of America’s next war, and having one’s soldier picked off by an enemy they cannot see, much less fight, simply will not do. So a tech expert from DARPA, the defense department’s high-tech development agency, is brought in and teams up with a special ops group to find out what’s going on and eliminate the threat. Death and mayhem ensue with special effects courtesy of Peter Jackson’s WETA shop.

“Spectral” was originally meant to go on the big screen. However, for reasons that have not been disclosed, the movie was pulled from the schedule. It has now wound up going directly to television, courtesy of Netflix.

The movie was shot in Budapest using practical effects and the location to give the air of combat in an East European city overrun by unseen deadly beings. WETA provided the futuristic weapons that the DARPA expert builds to fight the enemy and computer-generated special effects to complete the movie. “Spectral” was shot between August 2014 and August 2015. 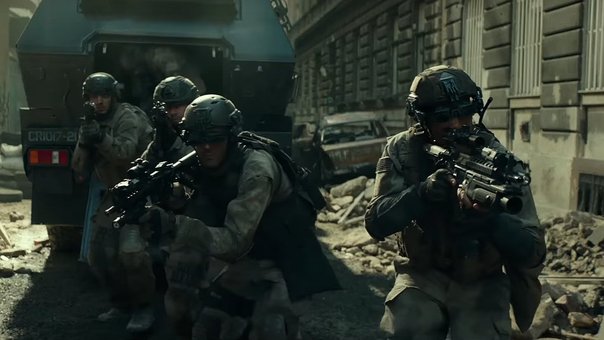 Nic Mathieu directed the film from a script written by Ian Fried, John Gatins, and George Nolfi. “Spectral” stars James Badge Dale as the DARPA expert, Max Martini as the leader of the special ops team, Emily Mortimer as a CIA officer, and Bruce Greenwood as the general commanding allied forces in Moldavia.

Moldavia was likely chosen as the conflict zone in the movie because it is not in the Middle East, and filming in Eastern Europe is relatively inexpensive.

Early reviews suggests that “Spectral” is competently made, but nothing spectacular. The movie has some wry moments, plenty of explosive action, and a science fiction mystery to chew over. Like a lot of movies of the genre, it has a by-the-numbers feel, but one that people can enjoy. Anyone with a Netflix subscription, with some time on their hands, who likes science fiction action, could do worse than to check the movie out.