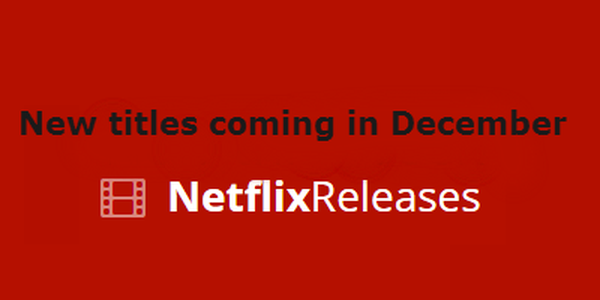 Check the list below to see what's heading to Neflix in December! There are both new and returning titles coming your way. Oh, and don’t forget the NYE countdowns to choose from.