A new year and a new list of Netflix releases! What’s new on Netlfix in January 2017? A lot! Several Netflix original series will debute in January and six netflix original comedy specials are heading your way. Check out the list below to see all the new releases coming to Netflix in the first month of 2017. 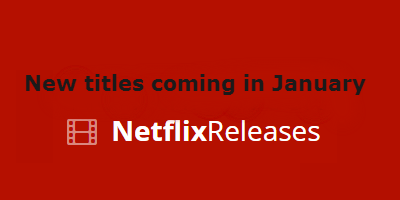