New Releases on Netflix in October 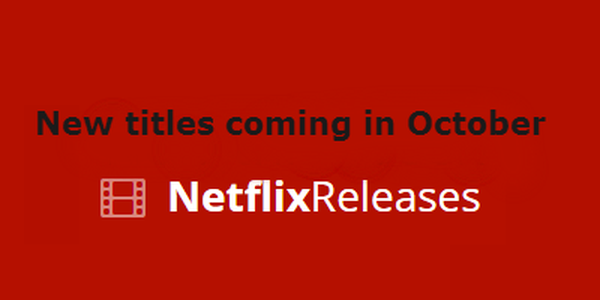 The titles below are expected on Netflix in October! As far as original content, Netflix has some pretty choice offerings to look out for. Especially on the Fridays (October 6th, 13th and 20th) a lot of new originals will be added!

You may also be interested in what's leaving Netflix in October.