‘Raising Dion’ to be a Netflix science fiction family series 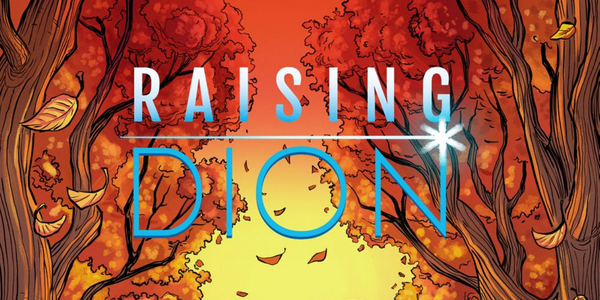 Being a single mom has a great many challenges. Those challenges tend to get compounded when the child is growing up with super powers. The premise of “Raising Dion,” which recently got a ten episode order from Netflix, is that an African American woman named Nicole Reese is left to raise her son Dion alone after the death of her husband. Things get complicated when Dion starts to exhibit magical super powers. Nicole then has to try to keep her son’s abilities a secret and defend him from unscrupulous people who want to exploit him with the help of one of her late husband’s friends.

If the story seems familiar, it should. Superman, aka Clark Kent, was raised by a farm couple who also had to protect their son until he was ready to assume his role as the Man of Steel. Of course, instead of a white couple living on a farm in Kansas, Dion is being raised by his black mother alone in an urban setting. Also, the Kents knew the origin of Clark’s abilities, since they found him as an infant in a spaceship that landed in a field. The origin of Dion’s abilities remains a mystery, the unveiling of which will be a plot point through the series.

“Raising Dion” is based on a 2015 short film that was directed and written by Dennis Liu, who will also be involved in the series. A comic book was created to accompany the original film The star of the film “Creed,” Michel P Jordan, will also be involved in the production of the series and will have a supporting role as Dion’s deceased father.  Variety notes that Carol Barbee has written the first episode of the series, which will be directed by Liu.

Dennis Liu mentioned in an interview that he started the “Raising Dion” project some years ago because he wanted to see a more diverse representation in genre films. Nevertheless, Liu hopes that the series will be enjoyed by all families.

Aa of this writing, the roles of Nicole and Dion have not been cast, nor are there firm dates for the beginning of production, not to mention when the series will drop on Netflix. The diversity angle is designed to make the series more accessible to a variety of cultures not widely represented in super hero projects. The emphasis on family should create a universal theme that may touch everyone who watches it.