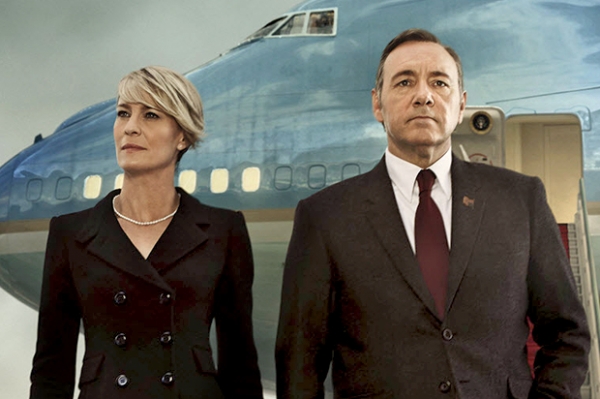 It was likely no coincidence that Netflix chose the day that Donald Trump was sworn in as president of the United States to announce that season five of ‘House of Cards’ will drop on May 30, 2017. Is the live streaming network trying to make a comparison between the fictional President Frank Underwood and the real-life real estate tycoon and reality show star turned politician?

Of course not. The two could not be more different.

For those who have not followed the delightfully wicked political drama, “House of Cards” follows the rise to power of a Democratic member of Congress who lies, cheats, and even murders his way to the pinnacle of power, the presidency of the United States. The story starts when the newly-elected president of the United States reneges on a deal that would have made Underwood secretary of state. The aggrieved politician vows revenge.

Underwood, played by Kevin Spacey, occasionally breaks the fourth wall and addresses the audience with his views about what is happening in the story, as well as his philosophy of politics, power, and human relationships. He is a real monster in the sense that he has no compunction against doing anything to acquire and keep power, even going so far as to murder a female reporter and a fellow congressman, both of whom had gotten too inconvenient to live.

Underwood is matched in ruthlessness by his wife Claire, played by Robin Wright, of whom he once said that he craves as a “shark does blood.” Initially, she supports her husband’s rise to power, but in more recent episodes finds that she is at odds with the president. The two are engaged in a ruthless dance, plotting against one another while still pretending to the world to be a happy couple.

Season four ended with Underwood, having been embroiled in a difficult election campaign, deciding to use a terrorist outrage to ignite a massive war in the Middle East. How season five will play out, one can only imagine.

“House of Cards” is based on a 1990s British production by the same name. In the British version, the chief whip of the British parliament, played by the late Ian Richardson, claws his way to becoming the prime minister, leaving ruined lives and dead bodies in his wake. The series was inspired both by “Macbeth” and “Richard III” as a meditation in what it takes to become a leader if one lacks any sense of morals or scruples and what happens to such a person in the end.