‘Star Trek: Discovery’ is airing on Netflix outside of the United States 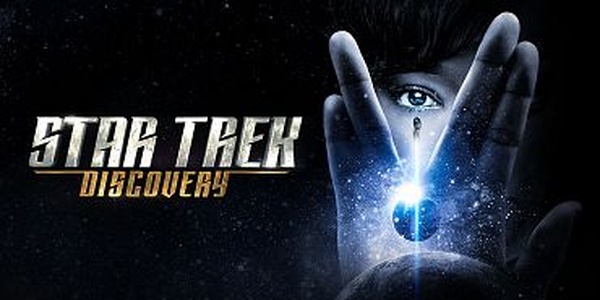 Recently, the opening episode of “Star Trek: Discovery,” the first Trek TV series in 12 years, premiered on the CBS Network. Subsequent episodes are scheduled to drop once a week on a subscription-based All Access channel in the United States. However, outside of the United States and Canada, Netflix subscribers will be able to watch the space-faring science fiction series within 24 hours of it airing in North America. Unlike the usual practice for Netflix, “Star Trek: Discovery” will drop episode by episode over the several weeks of its first run.

Netflix subscribers around the world will have some extra bonuses denied American and Canadian viewers. For one thing, the Netflix version of “Star Trek: Discovery” will get episodes with Klingon subtitles. Netflix also released a trailer with the dialogue entirely in Klingon, with English subtitles.

“Star Trek: Discovery” is set ten years before the original five-year mission of the starship Enterprise. The series concerns the adventures of the USS Discovery’s first officer, Lt. Commander Michael Burnham, played by Sonequa Martin Green. Burnham was raised on the planet Vulcan by Ambassador Sarek, who happens to be the father of Mr. Spock, the iconic character from the original Star Trek series. She is also under a cloud, having been given a life sentence at a penal colony for mutinying on her previous starship, the USS Shenzhou. Jason Isaacs, most famous for appearing in the “Harry Potter” movies, plays Captain Gabriel Lorca of the Discovery. Doug Jones plays Lt. Commander Saru, the Discovery’s science officer. The series starts against the backdrop of a war with a resurgent Klingon Empire.

On the face of it, CBS seems to be taking a gamble for creating, in effect, a rival live streaming service to Netflix and building it around a single show, albeit one with such an iconic pedigree as “Star Trek.” CBS is charging $6 a month for subscribers for All Access as opposed to $10 a month for Netflix. However, while All Access subscribers will be able to watch reruns of hundreds of CBS shows, “Star Trek: Discovery” is the only well-known new programming currently. In contrast, Netflix has a multitude of new shows, series and movies, with more being added all the time, for just $4 more a month.

CBS is claiming that it has gotten a record surge in subscriptions as the new Trek began to air. On the other hand, “Star Trek: Discovery” is one of the most pirated series in history.