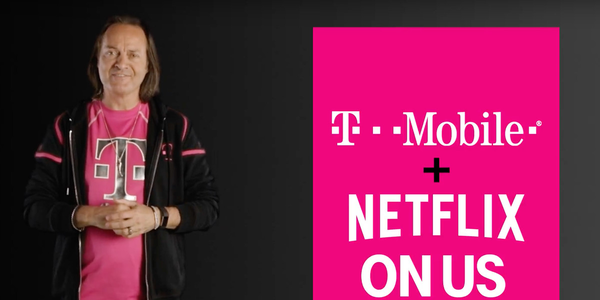 T-Mobile recently announced that for a number of its plans it is offering free Netflix, about a $10-a-month value.  For anyone who has not experienced the live streaming network, access to Netflix’s huge and every expanding library of content sounds like a good deal. However, as Fox News suggests, the devil is in the details. Whether you save money depends on the plan that you buy.

The way it works is that, if you are on a T-Mobile One or T-Mobile One Plus plan with two lines or more, you automatically get the free Netflix. However, if you are on an older plan, such as the promotional two lines for $100 or the senior 55 plus, you will have to switch to one of the newer plans. If you are already a Neflix subscriber, T-Mobile will switch you over, and you save the $10-a-month subscription fee.

However, you get HD video from Nertflix only if you have the T-Mobile One Plus plan. For the standard T-Mobile plan you get the 480p video on your phone and HD on your Internet connections.

The question you must be asking is whether this is a good deal. The answer is that it all depends.

However, people in other circumstances have to think about it a little bit.  As BGR notes, if you have the T-Mobile two lines plan, you will have to upgrade to a T-Mobile One plan for $20 more a month. With the free Netflix you are paying $10 more than if you kept to your original plan and paid for the live subscription service yourself.

If you belong to another carrier, such as Verizon or AT&T, then you’ll have to do a little math. Some people have cable, Internet, and phones in various combinations bundled together. It still might be cheaper, and certainly less of a hassle, to stick with what you have and then just buy a Netflix subscription on top of it.

Still, the T-Mobile Netflix deal seems to be part of a trend. AT&T already offers DirecTV. With smart phones being able to do just about everything besides talk to people, it only makes sense to try to entice customers with special deals.