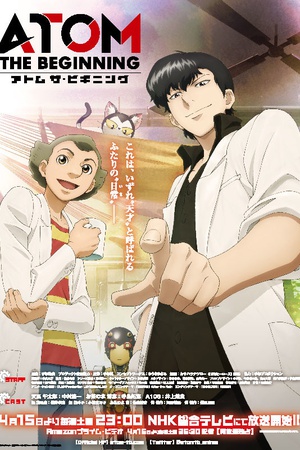 Is Atom: The Beginning on Netflix United States?

Sorry, Atom: The Beginning (2017) isn't available on Netflix United States, but is available in a different country.

The story of two friends, Umataro Tenma and Hiroshi Ochanomizu, who are genius graduate students studying robotics. The pair have recently completed a robot called A106 that features their experimental "Bewusstsein" AI. A catastrophic event leads to a robotics renaissance, prompting two researchers to build their own ultimate creation. Before Astro Boy, there was A106.