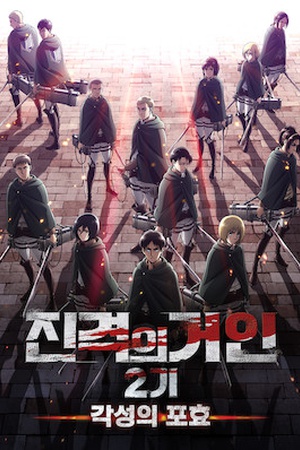 
Is Attack on Titan: The Roar of Awakening on Netflix United States?

Sorry, Attack on Titan: The Roar of Awakening (2018) isn't available on Netflix United States, but is available in a different country.

Eren Yeager and others of the 104th Training Corps have just begun to become full members of the Survey Corps. As they ready themselves to face the Titans once again, their preparations are... The Survey Corps decides it can use Eren's Titan powers. He and his friends join the 57th Expedition just in time to battle the cunning Female Titan.