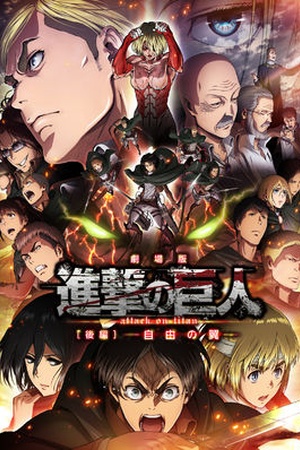 Is Attack on Titan: The Wings of Freedom on Netflix United States?

Sorry, Attack on Titan: The Wings of Freedom (2015) isn't available on Netflix United States, but is available in a different country. Still want to view it? click here.

As the Trost District is reclaimed from the Titans, Eren is taken under the wing of Captain Levi and his squad, who decide to try and teach him to master his mysterious abilities. In this second compilation film, humanity's fight against giant humanoids is complicated when a human becomes able to transform into the enemy.