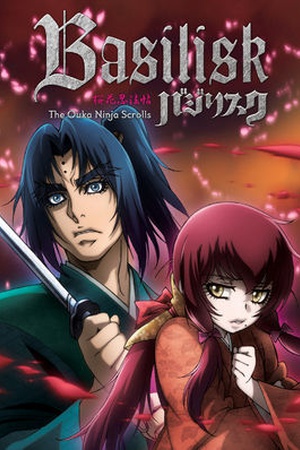 Is Basilisk: The Ouka Ninja Scrolls on Netflix United States?

Sorry, Basilisk: The Ouka Ninja Scrolls (2018) isn't available on Netflix United States, but is available in a different country.

The year is 1614 AD. Two warring ninja clans, each supporting a son of Hidetada Tokugawa as the next shogun, send ten representatives each to fight to the death for the possession Tokugawa ... In a time of peace, opposing ninja factions aim to keep their clans thriving by pinning their hopes on a young boy and girl as their heirs apparent.