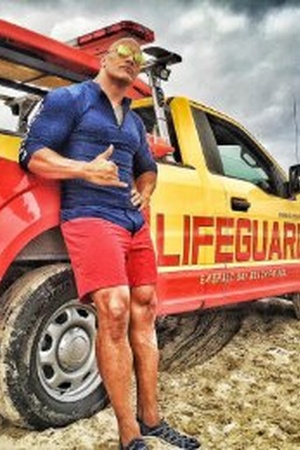 Is Baywatch on Netflix United States?

Sorry, Baywatch (2017) isn't available on Netflix United States, but is available in a different country. Still want to view it? click here.

To save their beach, elite lifeguard Mitch Buchannon and a former Olympian probe a criminal plot that threatens the future of the bay. Devoted lifeguard Mitch Buchannon butts heads with a brash new recruit, as they uncover a criminal plot that threatens the future of the bay. Watch the NEW EXTENDED CUT with outrageous footage not seen in theaters, available in iTunes Extras with HD purchase! Dwayne Johnson and Zac Efron team up and go way beyond the call of duty in this wild and sexy action-packed comedy. When a dangerous crime wave hits the beach, legendary Lt. Mitch Buchannon (Johnson) leads his elite squad of badass lifeguards on a mission to prove you don’t have to wear a badge to save the bay. Joined by a trio of hot-shot recruits including former Olympian Matt Brody (Efron), they’ll ditch the surf and go deep undercover to take down a ruthless businesswoman (Priyanka Chopra, TV’s “Quantico”), whose devious plans threaten the future of the bay. So, suit up and dive into action with the hottest movie of the year!