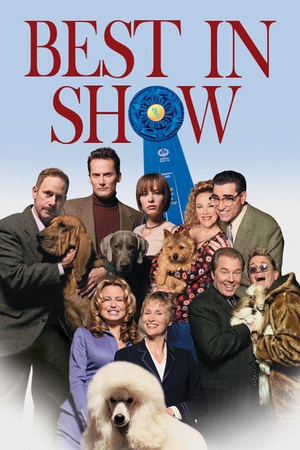 Is Best In Show on Netflix United States?

Sorry, Best In Show (2000) isn't available on Netflix United States, but is available in a different country.

A "behind the scenes" look into the highly competitive and cut-throat world of dog-shows through the eyes of a group of ruthless dog owners. Master mockumentarian Christopher Guest turns his cameras on the neurotic contestants vying for top honors in a highly competitive dog show. The tension is palpable, the excitement is mounting and the heady scent of competition is in the air as hundreds of eager contestants from across America prepare to take part in what is undoubtedly one of the greatest events of their lives - the Mayflower Dog Show. Castle Rock Entertainment brings you, "Best in Show", directed by Christopher Guest and written by Christopher Guest and Eugene Levy. This outrageous comedy is filled with an all star cast including, Parker Posey, Michael Hitchcock, John Michael Higgins, Michael McKean, Eugene Levy, Catherine O'Hara and Christopher Guest. Golden Globe nominee for Best Motion Picture - Musical/Comedy, and winner of American Comedy Award for funniest Motion Picture.