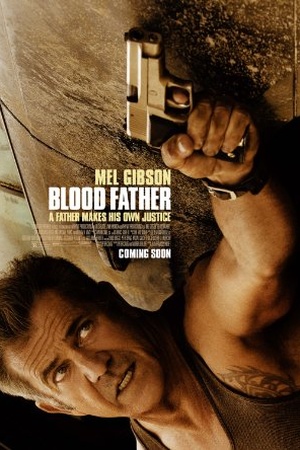 An ex-convict and estranged father finds the chance to prove himself when his daughter seeks his help shaking off a dangerous group of drug dealers. An ex-con reunites with his estranged wayward 17-year old daughter to protect her from drug dealers who are trying to kill her. Mel Gibson is John Link, an ex-convict who fights to protect his estranged daughter from the drug cartel that is hunting her down. In this thrilling action film, John must use his connections from his past life and his skills as an ex-criminal to keep him and his daughter alive. BLOOD FATHER also stars Erin Moriarty, Diego Luna, Michael Parks, and William H. Macy.