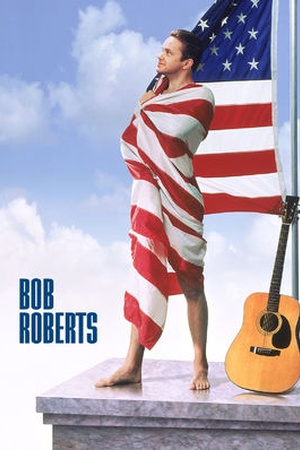 Sorry, Bob Roberts (1992) isn't available on Netflix United States, but is available in a different country.

A conservative folk singer turns his hand to politics, running for the US Senate. He is not above dirty tricks and smear campaigns to gain an advantage over his opponent. This caustic mockumentary stars Tim Robbins as the titular Bob Roberts, a folk-singing right-winger trying to unseat a liberal U.S. senator.