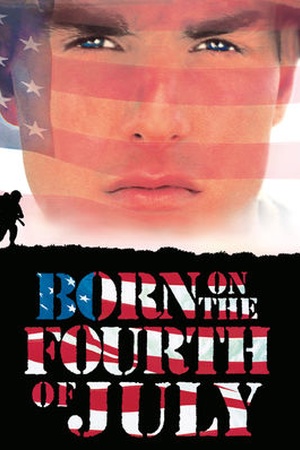 Is Born on the Fourth of July on Netflix United States?

Sorry, Born on the Fourth of July (1989) isn't available on Netflix United States, but is available in a different country. Still want to view it? click here.

The biography of Ron Kovic. Paralyzed in the Vietnam war, he becomes an anti-war and pro-human rights political activist after feeling betrayed by the country he fought for. Tom Cruise delivers a riveting and unforgettable portrayal of Vietnam veteran Ron Kovic in Oliver Stone's Academy Award®-winning masterpiece. Based on a true story, the acclaimed film follows the young Kovic from a zealous teen who eagerly volunteers for the Vietnam War, to an embittered veteran paralyzed from the mid-chest down. Deeply in love with his country, Kovic returned to an environment vastly different from the one he left, and struggled before emerging as a brave new voice for the disenchanted. Paralyzed from the chest down, U.S. Marine Ron Kovic returns home from Vietnam and finds renewed purpose protesting the war he once proudly fought.