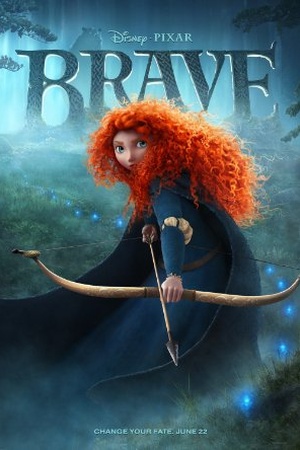 Is Brave on Netflix United States?

Sorry, Brave (2012) isn't available on Netflix United States, but is available in a different country. Still want to view it? click here.

Determined to make her own path in life, Princess Merida (Kelly Macdonald) defies a custom that brings chaos to her kingdom. Granted one wish, Merida must rely on her bravery and her archery skills to undo a beastly curse. When a fiery Scottish princess angers three powerful lords and is granted a poorly conceived wish, she must go on a quest to repair the damage. Pixar Animation Studios, the creator of Toy Story 3, whisks you away on an astonishing adventure to an ancient land full of mystery and tradition. Bursting with heart, unforgettable characters and Pixar's signature humor, Brave is incredible entertainment for the whole family. Take a heroic journey with Merida, a skilled archer and headstrong daughter of King Fergus and Queen Elinor. Determined to carve her own path in life, Merida defies an age-old custom sacred to the unruly and uproarious lords of the land. When Merida's actions inadvertently unleash chaos in the kingdom, she must harness all of her skills and resources – including her clever and mischievous triplet brothers – to undo a beastly curse before it's too late, and discover the meaning of true bravery.