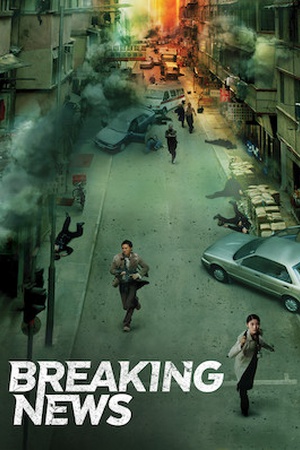 Sorry, Breaking News (2004) isn't available on Netflix United States, but is available in a different country.

When an ambulatory TV news unit live broadcasts the embarrassing defeat of a police battalion by five bank robbers in a ballistic showdown, the credibility of the police force drops to a ... Shamed by the televised escape of five bank robbers, Hong Kong police set out to catch them. But an ultracool baddie has a few tricks up his sleeve.