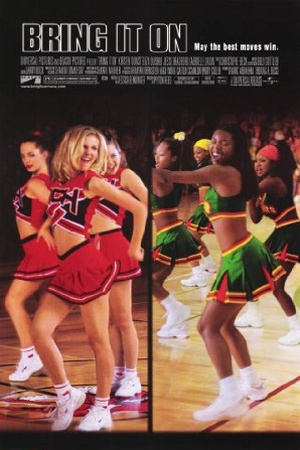 Is Bring It On on Netflix United States?

Yes! Bring It On (2000) is available on Netflix United States.

A champion high school cheerleading squad discovers its previous captain stole all their best routines from an inner-city school and must scramble to compete at this year's championships. The Toro cheerleading squad has spirit, spunk, sass and a killer routine that's sure to land them the national championship trophy for the sixth year in a row. But for newly-elected team captain, Torrance (Kirsten Dunst), the Toro's road to cheer glory stumbles when she discovers their perfectly choreographed routines were stolen from a hot hip-hop squad across town. Now the squad must scramble to find a new routine to compete in this year's competition. Pressure mounts on the captain of a decorated cheerleading squad as she attempts to lead her crew to its sixth consecutive national title.