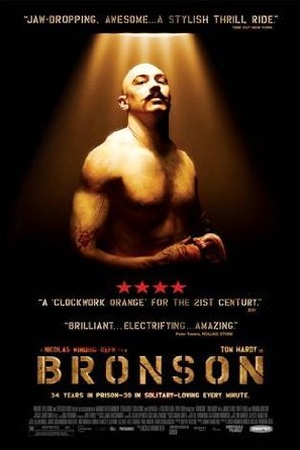 Is Bronson on Netflix United States?

Sorry, Bronson (2008) isn't available on Netflix United States, but is available in a different country. Still want to view it? click here.

A young man who was sentenced to seven years in prison for robbing a post office ends up spending three decades in solitary confinement. During this time, his own personality is supplanted by his alter-ego, Charles Bronson. This biopic delves into the life of Britain's most notorious prisoner, Charlie Bronson, who became a celebrity of sorts for his deranged savagery.