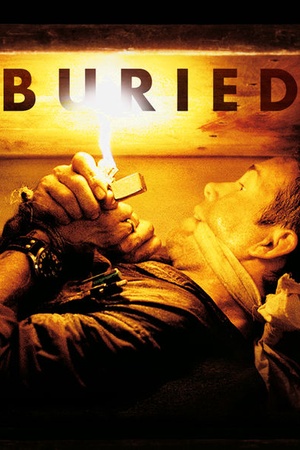 Is Buried on Netflix United States?

Sorry, Buried (2010) isn't available on Netflix United States, but is available in a different country. Still want to view it? click here.

Paul is a U.S. truck driver working in Iraq. After an attack by a group of Iraqis he wakes to find he is buried alive inside a coffin. With only a lighter and a cell phone it's a race against time to escape this claustrophobic death trap. While on a job in Iraq, Paul Conroy is attacked and kidnapped, then awakens to find himself buried alive in the middle of the desert.