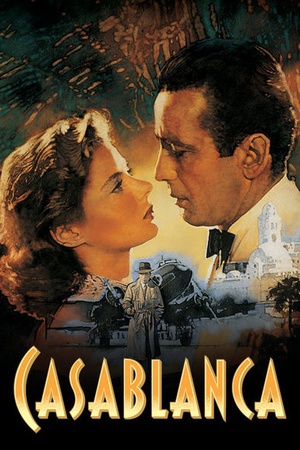 Is Casablanca on Netflix United States?

Sorry, Casablanca (1942) isn't available on Netflix United States, but is available in a different country.

A cynical American expatriate struggles to decide whether or not he should help his former lover and her fugitive husband escape French Morocco. Casablanca: easy to enter, but much harder to leave, especially if you're wanted by the Nazis. Such a man is Resistance leader Victor Laszlo (Paul Henreid), whose only hope is Rick Blaine (Humphrey Bogart), a cynical American who sticks his neck out for no one, especially Victor's wife Ilsa (Ingrid Bergman), the ex-lover who broke his heart. Ilsa offers herself in exchange for Laszlo's transport out of the country and bitter Rick must decide what counts more - personal happiness or countless lives hanging in the balance. American expat Rick Blaine runs a Moroccan nightclub during World War II and contends with his ex, who walks back into his life.